Fintech Revolution: From Data Management to the New Financial Ecosystem 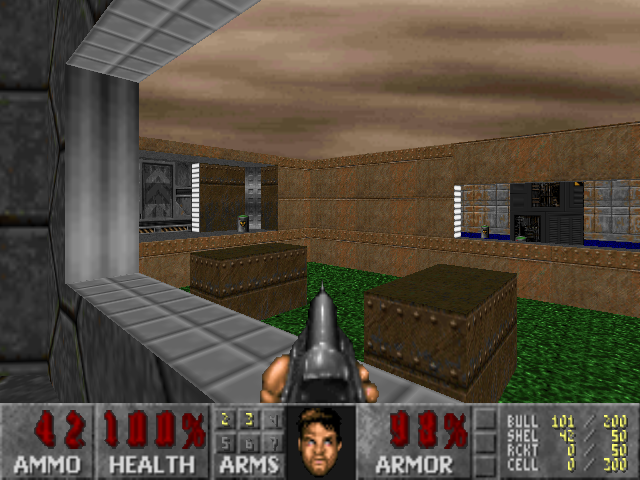 The place of technology has transformed in our lifetime, moving from the mainframe to the palm of our hands. Once it meant efficiency, but now it’s enabling our lives, and whole economies, to change.

In the 1970s, my mother was a COBOL programmer, working for Hammersmith Council. There were sandbags around the mainframe; it had to be on the ground floor, because of the weight, so it was below the floodplain. Better to be safe than sorry – that mainframe held all the Council’s records about its tenants.

When I first started working with IT, opportunities seemed revolutionary, but limited to information storage, processing and retrieval. You could store information on a machine, tell it how to sort, filter and format it, and send messages from one to the other. The printer was the critical interface with the rest of the world. By the mid-80s, you could design a database on a DOS PC, and create computer drawings, sent to the printer overnight – if you were lucky, there were printouts the next morning. Technology still mostly happened on mainframes, and networks were there to connect the mainframes to the terminals and the printers. Computers did the jobs you would otherwise have done manually – faster and (usually) more accurately: formatting and sending information, updating records, storing and sorting data.

in the early 90s, with the birth of Windows 3.1, desktop PCs emerged as a standard; banks replaced terminals, which accessed information stored on the mainframe, with PCs with their own storage. Processing and storage was moving towards the user, and we had a whole new range of backup issues that we hadn’t encountered before. Problems could be solved quickly by dropping code into production – and backing it out quickly if something went wrong! I now look back in horror at the lack of control. Imagine having to ban DOOM because the traders crashed the server in a bank today! And I was top of the leaderboard…

Then, instead of just automating tasks, technology allowed us to create new paradigms. We implemented email. Then intranets. We started embedding gifs and hyperlinking content; the “Comments” section was born. The World Wide Web paved the way for the emergence of social platforms, commercial platforms and a fundamental shift in how we interact with information, commerce and each other. The screen overtook the printer for information distribution; it’s unsurprising that in developing economies, more people have phones than access to clean water, toilets, banks or electricity, because of how critical these devices have become to us all.
And now, the Fintech Revolution is pushing that envelope further. The first digital banks appeared in the dot.com boom, moving customers from bricks to clicks, but thanks to developments in mobile phones, anyone, anywhere, can interact with financial services without needing a branch or even, now, a PC.

In 2008, someone, or someones, calling themselves Satoshi Nakomoto, wrote a paper called Bitcoin: A Peer-to-Peer Electronic Cash System. Enabled by the world wide web, the paper described how a trustless, open system can securely store and move value in the shape of cryptographically validated units, supported by transparent, replicated ledgers held on every node of the network. Each block of transactions must be agreed by a majority of the nodes, and refers back to the previous block, forming a chain and meaning transactions can’t be overwritten or unwound. Critically, this means that a value system can run without the need for a trusted party, such as a bank, to validate the transactions.

Blockchain technology has undergone many developments in the last decade, and become a matter of public interest, despite its still early stage of maturity. Most exciting is the ability to create distributed value and transaction systems, in places and situations where trust doesn’t exist. For communities where fraud or corruption is high – which includes nearly all trade communities from African farming to global shipping – there’s an immediate opportunity to remove fraud with a distributed, open and incorruptible record of all transactions, visible to all parties.

Alongside blockchain, another older technology is rapidly evolving – Machine Learning, or Artificial Intelligence, has removed the need for reliance on centralised analysts, enabling the emergence of the robo-advisor, automated insurance platforms and of course, support and analytics bots that can interact with you or each other to solve complex problems. These, too, are helping decentralise customer experience and reducing the need for personal interaction with service providers. In combination with blockchain technology, this also means bringing financial services to places where they couldn’t reach before.

Fintech, delivered over phones, is already revolutionising financial inclusion in developing economies, but first generation mobile money providers operate on a centralised model. The Fintech Revolution lets us expand engagement with economic activity far beyond the reach of the banks, to the 1.7 billion who still don’t have a bank account, keeping them below the poverty line. Blockchain and AI can help unbanked communities grow wealth, create peer to peer marketplaces to cut out the middle man, and support behaviours building more sustainable communities.
Combining revolutionary technology is only a part of it, though: the new financial ecosystem means a new, partnership based model where diverse companies work together to solve community problems. As clean energy, community cloud infrastructure, education, healthcare and identity providers partner with fintechs, the lines between financial services and “doing life” become blurred, as we think they should be. Together, we can bring real transformation to the communities most in need of it.

This new financial ecosystem is an opportunity, and a threat, for the banks. Evolution is no longer an option, and radical changes are needed to move away from the old walled garden paradigm into the new economy. They can choose to embrace it, but unlike when they banned DOOM, they can’t stop it happening and they can no longer hope it will go away.

The Revolution is here.